“In Rijeka, you truly never know what will happen when the curtain rises.” 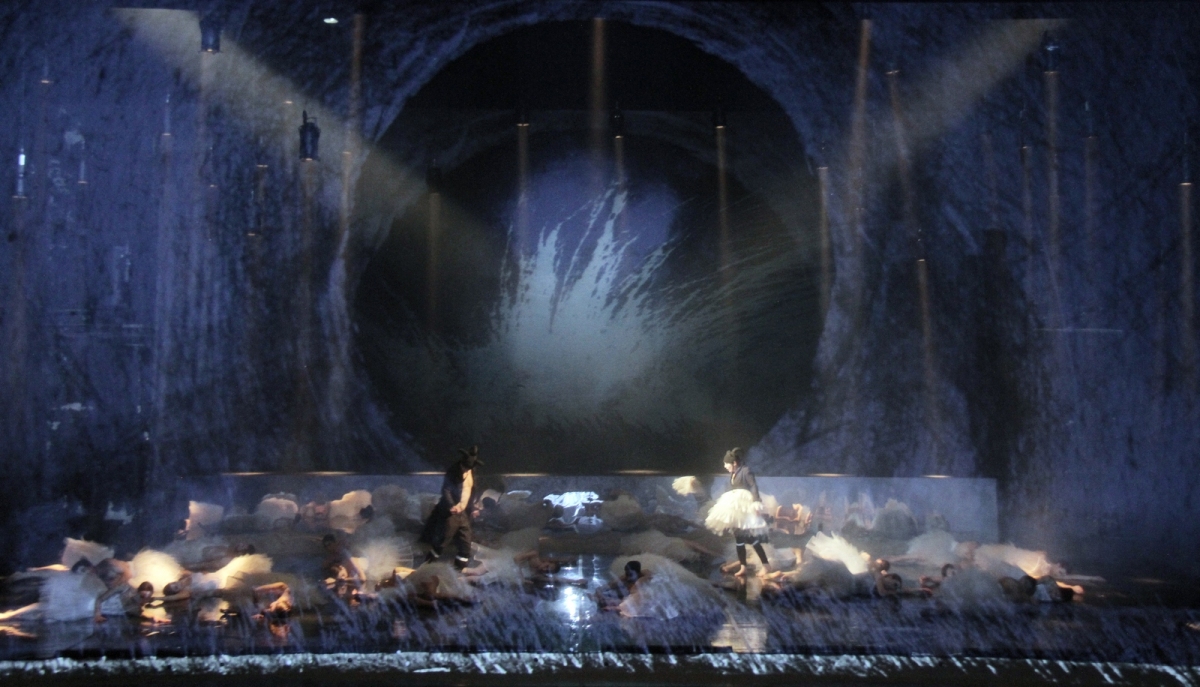 Still no word from Kim. He was supposed to arrive in Rijeka sometime yesterday, but he hasn’t been receiving my WhatsApp messages, nor my emails. In my mind this can mean only one of two things: Kim is either in Rijeka and asleep and/or without internet, or something HORRIBLE has happened.

I finally saw Jackie–thanks for the inspiration, Lufthansa Airlines–and wept silently to myself while a large German man snored beside me. I think our generation will look back on Nathalie Portman as the Katherine Hepburn of our time. I also think that, thanks to the stupendous storytelling magic that is this film, folks of our generation might actually go so far as to Google Jackie Kennedy some day. Maybe.

I’ve just gotten word that Kim is in Rijeka. I think his limbs are OK.

I don’t know for sure, because I found out rather circuitously. The theatre’s company manager tells me that he was let into the apartment where we’re staying. She also told me that her car broke down on the island Krk yesterday, and that she wouldn’t be able to pick me up from the bus station. I also learned that I might arrive just in time to see the Theatre’s final performance of “Swan Lake” tonight. Normally I wouldn’t be so keen to see “Swan Lake.” But seeing as I’m running on less than an hour of sleep, and all around me German people are already drinking beer, jet-lagged ballet feels like a poignant next step.

I scream silently to myself as I realize that my flight is filled with the largest, noisiest gaggle of 18-year-old Irish University bros I’ve ever seen. This is my personal hell.

Bros are still yelling. The flight attendant seems to be very impatient with me for some reason, even though I’m being extremely cooperative. Does he think I’m associated with these pale-skinned, heckling devils?

After an epically beautiful bus ride through the arid mountains between Zagreb and Rijeka, I’ve finally made it. As I step off the bus, I see Kim, and he embraces me (he gives THE BEST hugs). For the first time in two days, I truly know that everything will be fine. There’s no WiFi in the apartment yet, Kim tells me, so posting as frequently as I’d hoped might prove difficult for the time being. We stroll along the canal that runs through the center of the city towards our apartment, which the Theatre has generously provided. As we round the bend along the harbor, I spy Galeb out of the corner of my eye.

As anticipated, “Swan Lake” proves to be a dreamlike experience, but not only because of the jet lag. I am stunned by how, as we approach the theatre, hoards of invigorated audiences members are strolling about, mingling with the artists, drinking wine, and relishing the pre-show excitement.

This is nothing like I’ve ever experienced, and not only because I’m a naïve American. In Rijeka, the National Theatre is the epicenter of cultural life. Soon, the festival begins. Over fifteen productions will be happening in the theatre and around the city on an overlapping schedule. And unlike in the U.S., the audience here does not seem too old and withered. I remark how many children and young adults trickle in, dressed to the nines, as we file up the marble stairs to our box seats.

Oh, and by the way, this is no black box. It is an opera house built in 1805 (completed 80 years later), and it is beyond opulent.

When the performance begins, I immediately understand why the folks outside seemed so alive. This is not your typical “Swan Lake,” featuring high-octane ballerinas moving on autopilot through rigidly wrought choreography. The music and story may be traditional, but the vision of this production runs on the same courage and passion that, in the early 20th century, fueled the first European Avant-Garde.

Actors dressed as ghoulish court jesters appear behind a translucent scrim and violently “Shh” the audience. The first act is filled with slapstick gags, gender-bending gestures, and costumes that look like they came from Tim Burton’s personal collection. The set, designed by Dalibor Laginja, is comprised almost entirely of mirrors—on the floor, the walls, even the ceiling—to suggest the setting of a lake. But there are no swans here. The choreography is deliberately sloppy, irreverent, charged with biting humor, and utterly human. In Rijeka, you truly never know what will happen when the curtain rises. 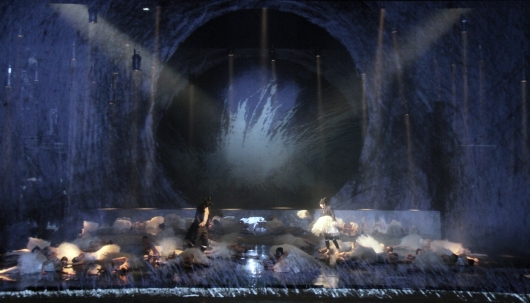 As we step into the lobby, we see Marin Blazević, the Theatre’s Artistic Director and General Manager. He is also our host. Marin introduces us to two of his colleagues, who are here visiting from universities in New York and Australia. We step onto the terrace that overlooks the town square just as the sun is setting. Marin tells us a story about the piece he and Director Oliver Frijlic toured last summer, which apparently got them into a bit of trouble with the Polish government. “Why?” we ask. “I honestly don’t know,” he says. “It wasn’t even that controversial. I mean, there was some nudity, some simulated sex, the Polish flag, the Pope, you know. But nothing that controversial.”