“We are definitely not in Kansas anymore.” 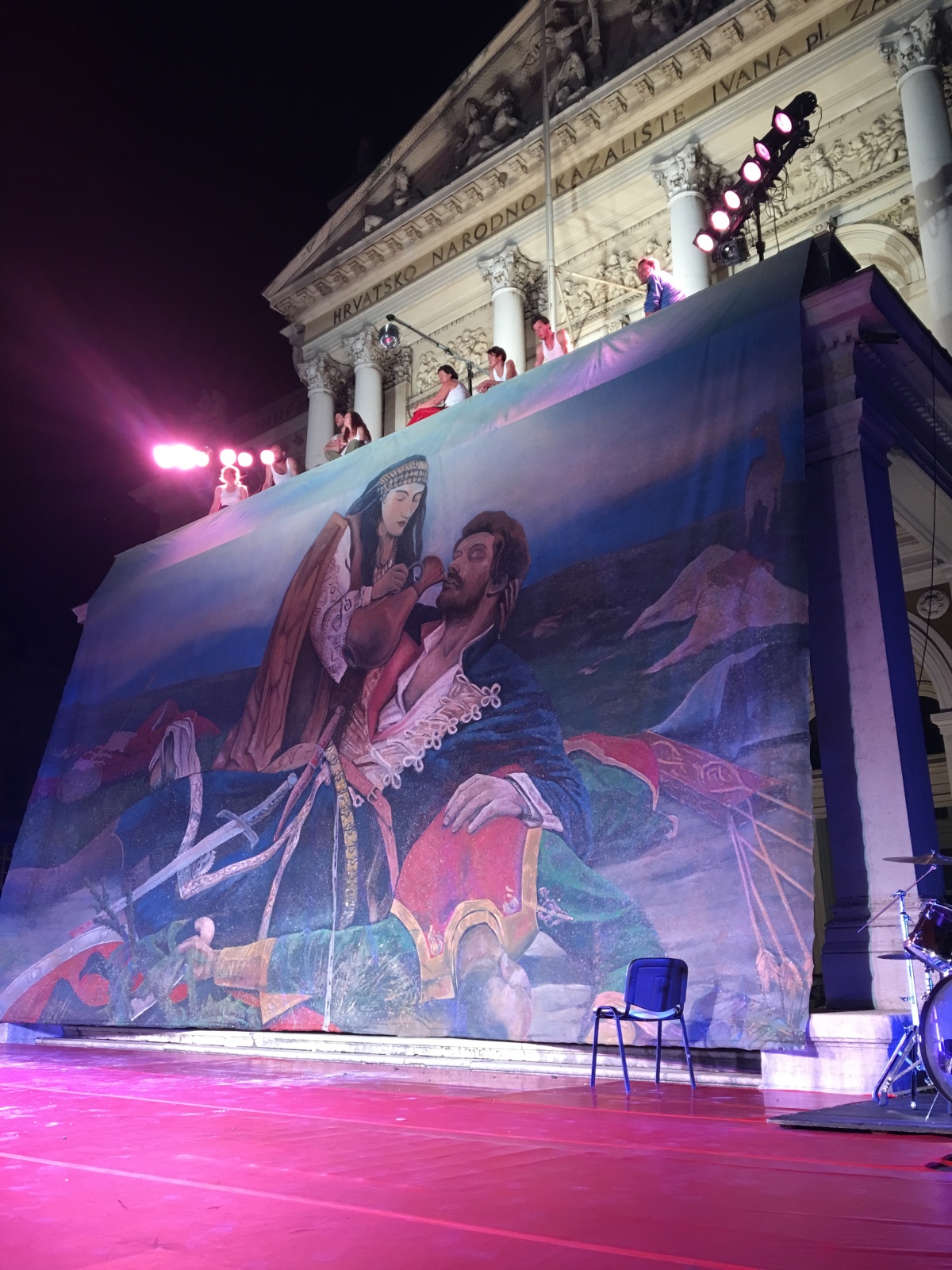 We’re sitting in front of the theatre waiting to get punched in the face.

At least, that’s what everyone warns us will happen when this play begins. Conceived and directed by the notoriously controversial Oliver Frljić, TURBOFOLK is an artistic response to the residual trauma of the Yugoslav Wars. This is post-dramatic theatre in its purest form. What is post-dramatic theatre? Let me put it this way: TURBOFOLK can only ever run for two performances at a time, due to the very real damage the piece requires the actors to inflict upon their own voices and bodies.

It begins with a sudden blast of raw brutality. As we file in, the actors are poised in an elegant tableau; then, out of nowhere, they’re dragging one another by their hair, throwing chairs at each other, shoving each other onto the ground, and screaming at the top of their lungs beneath a sonic onslaught of wailing guitars. For the next hour, they will sustain and transform this spectacle of real violence into scandalizing and politically incorrect images with mind-bending intensity. Every instant forces you to question whether or not you are morally obligated to intervene (“Is it fake, or is it real?” I keep asking myself). At least four audience members walked out within the first fifteen minutes. And yet hundreds stayed, unable to avert their eyes. Later, at the bar, one of the theatre managers tells me that in her opinion, the audience should leave this play feeling traumatized. “If they don’t,” she says, “then the show was a failure.”

We are definitely not in Kansas anymore.

Last night, we travelled to a nearby warehouse—formerly used as a torpedo factory—to see a very different yet similarly explosive monodrama: Lampedusa Beach, penned by Italian playwright Lina Prosa and performed by renowned Croatian actor, Nina Violić. You can read the full text of the English translation here.

Unlike TURBOFOLK, Prosa’s play demands sustained stillness and athletic vocal control. She dedicates her play “to an actress who knows how to hold her breath.” The story is a fictional, first-hand account of one refugee woman’s failed journey to the promised land of Lampedusa, a tiny island located halfway between Tunisia and Malta. Standing alone in front of the microphone, Violić’s method of storytelling is as traditional as it gets. But the themes of violence, trauma, and irreparable damage done to the body in many ways parallel the atrocities we saw reenacted onstage the following night.

And despite all of this, audiences here never seem to complain that such stories are “too depressing.”

This first week of rehearsal has been surprisingly productive. Our ensemble—one student, one actor from the Croatian company, and three from the Italian company—has in just four days developed a shared language and mutual passion for our project. This comes as a huge relief, especially because outside of rehearsal, the logistics of this production have been a nightmare.

Getting onto Galeb is proving much harder than any of our supervisors realized it would be. This is due to the ship’s current location in the port, which legally functions as an international border. That means that, in order to get on the ship, all of the actors—AND all of our invited audience members—will have to register their passports and sign paperwork in advance. Marin assures us that even the Mayor of Rijeka, who has officially endorsed our use of the ship for this performance, doesn’t seem to have much control over the situation. Basically, there is still a real possibility that all of this might end in disaster.

At least the whiskey is cheap. It’s Kim’s birthday, and one of our new friends from our ensemble joins us for a drink after dinner. He and his girlfriend are incredibly charming, and, of course, before we know it, we’re all talking about theatre.

“Perhaps,” our friend suggests, “people in America wouldn’t respond so good to TURBOFOLK because most Americans haven’t really had to deal with wars on their own soil. Not recently, anyway.” This comment unlocks something for me. “Exactly!” I say. “The demand for theatre in America still seems to be driven by this need to escape—not to confront reality, but to run away from it.”

This is not a new thought. But as I look over the canal and see the full moon hanging over the street sign that reads “Tito Square,”  my mind wraps itself around this insight in a new way. It’s as though for the first time in my life, someone has effectively lifted the veil of my American attachment to comfort. I have been conditioned to believe that I am entitled to safety, to air conditioning and WiFi and water, to freethinking without consequence, simply by virtue of the fact that I was born there, and not somewhere else. This applies to so many raised in the U.S., and certainly to most of those who are wealthy enough or well educated enough to actually enjoy going to see live theatre.

We have officially been in Rijeka for two weeks. It’s 2 a.m. by the time we make our way back to the apartment. The air still feels like soup, but at least now there’s the tantalizing whisper of a breeze. 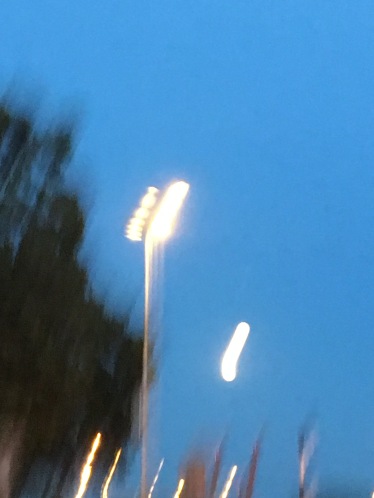 All along I’ve been thinking about this blog as a space for us to figure out what it truly is that we, two artists, are trying to say. Now, as we wander past the empty bars and abandoned storefronts, I wonder how I might begin to reframe all of that. What if, now, we just stop worrying about what it is we’re trying to say,  or whether it will even happen? We’re here. And yes, we’re here to work. But also, and more importantly, we’re here to listen.